The Taxi Workers Union protests the Scottsboro trials and declares the defendants' innocence. For the 1933 Judge Callahan trials, they ask that the ILD be given the time needed to prepare their defense and get an affidavit for Ruby Bates. They express concern about Judge Callahan and demand the defendants' release.

For more than two years that nine Scottsboro boys, the innocent
victims of race prejudice, have been in immediate danger of mob
lynching, while the State of Alabama has failed so far in carry-
ing through a "legal" lynching.

The members of the Taxi Workers Union are convinced that these
boys, now on trial in Decatur, are innocent, and that previous
convictions were based, not on proof of guilt, but on race pre-
judice fostered by the white ruling class of the south. We
raise our voices in united protest against this vicious attempt
of the state government, of which you are the supreme head,to
burn these boys because their skins are black.

We demand that the International Labor Defense be given all the
time needed to prepare their defense, that time be given the de-
fense to get an affidavit from Ruby Bates, that Judge Callahan
does not try to rush these trials through in three days each, and
that he ceases to hamper the defense in its work. We hold you
personally responsible for the adequate protection of the lives
of these boys and their lawyers while in Decatur.

We demand the immediate freedom of the Scottsboro boys, 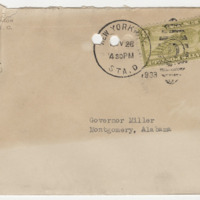 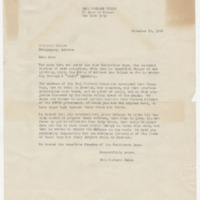