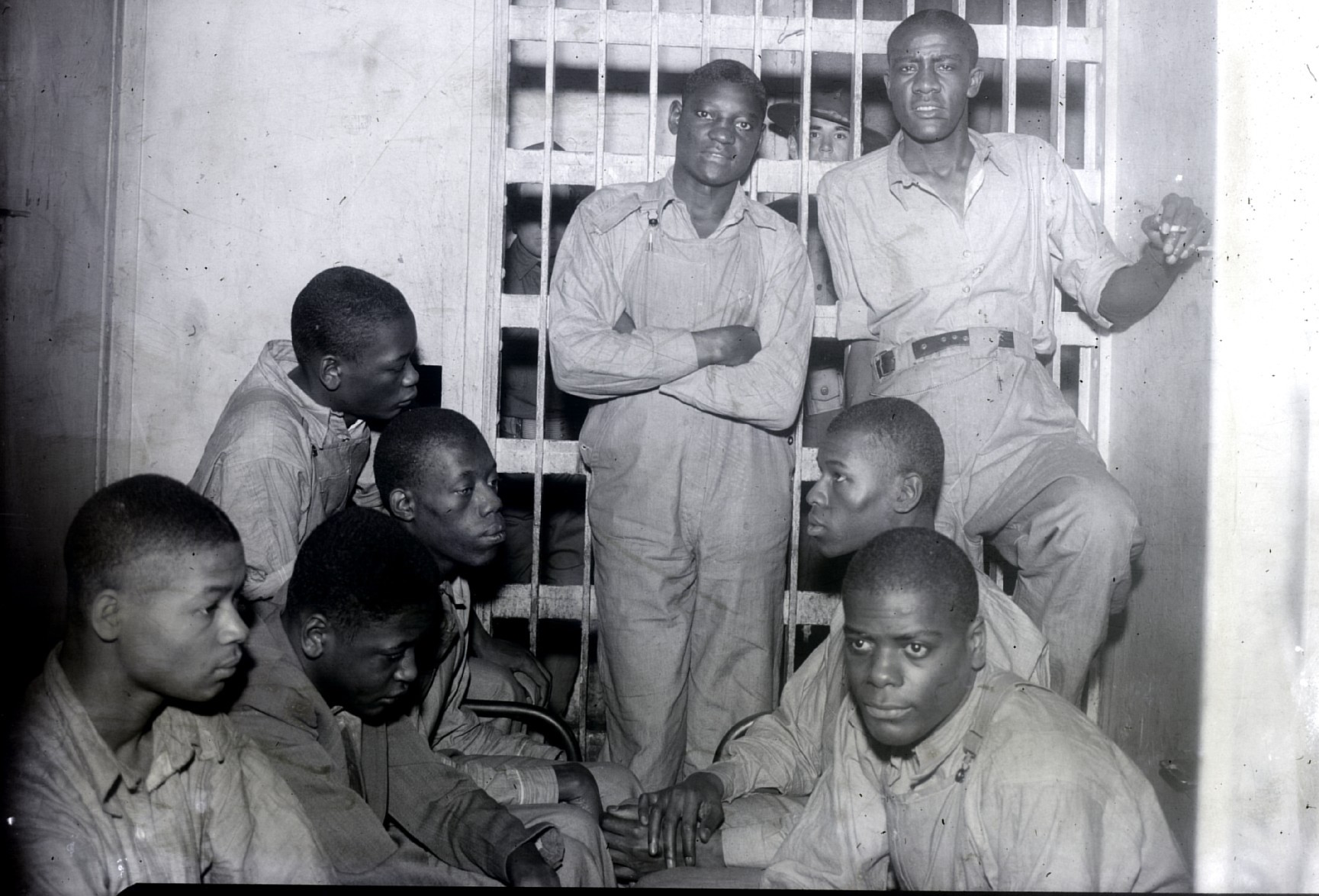 More than eight decades ago, on March 25, 1931, nine young African Americans hopped a train in a Chattanooga freight yard and headed west. Unemployed and desperate for a better life, they were not unlike millions during the Great Depression. In Memphis, perhaps, there would be work. Instead, they found themselves joined together at the center of a life and death courtroom drama, falsely accused of rape. After a fight between whites and blacks on the train, the black teenagers were arrested in Paint Rock, Alabama, and taken to nearby Scottsboro, where following a hasty trial, all but one of the young men were sentenced to death.

The nine young men—Haywood Patterson, Clarence Norris, Charley Weems, Olen Montgomery, Willie Roberson, Ozie Powell, Eugene Williams, and brothers Andrew and Roy Wright—collectively served more than one hundred and thirty years in prison for a crime that did not occur. The Scottsboro Boys’ cases, as they became known, focused an international spotlight on Jim Crow in America in the 1930s and stirred demands for racial justice in the U.S. South.

The cases came at a turning point in American justice. The trials led to two influential Supreme Court decisions, affirming rights that we regard as fundamental today. Powell v. Alabama, 287 U.S. 45 (1932) extended the right to competent counsel and Norris v. Alabama, 294 U.S. 587 (1935) challenged the exclusion of African Americans from jury pools, upholding an equal right to a trial by one’s peers.

Numerous individuals wrote to Alabama Governor Benjamin Miller about the Scottsboro cases between 1931 and 1933, most of them asking for freedom or mercy for the young men, some urging their speedy execution. During this time, one of the two complainants, Ruby Bates, recanted her earlier testimony. Still, a second round of trials held in in Decatur, Alabama, led to a second guilty verdict from the all-white jury, which was set aside by Judge James Edwin Horton based on the evidence presented. The cases again went back to the U.S. Supreme Court. In 1937, the State of Alabama dropped the rape charges against five of the defendants, Ozie Powell, Willie Roberson, Olen Montgomery, Eugene Williams, and Roy Wright. Four men were released, but Powell pled guilty to assaulting a deputy sheriff and was sentenced to twenty years in prison. He and the other defendants remained in prison for much of their lives. Only Clarence Norris received a pardon during his lifetime, in 1976 from Governor George Wallace.

This digital exhibit, “To See Justice Done,” grew out of a multi-year collaboration between the Scottsboro Boys Museum and Cultural Center and the University of Alabama, which had provided research support to the Museum’s efforts.  In 2013, Alabama legislators passed two bills acknowledging that the men were “victims of a gross injustice.” One, a resolution, exonerated the nine defendants; and the other created a law making it possible to grant posthumous pardons to certain wrongfully convicted felons, including the Scottsboro defendants The Alabama Board of Pardons and Paroles granted “full and unconditional pardons” to the three defendants with standing convictions—Charles Weems, Haywood Patterson, and Andy Wright—in November 2013. Link to petition.

Even more than eight decades since March 1931, young African American men continue to be disproportionately affected by the criminal justice system, and men and women of color across the country unfairly treated. Despite the civil rights revolution, disparities in sentencing in American criminal courts have increased. Black Americans in the 1930s were three times as likely as whites to face jail or prison; by the 1990s, the incarceration rate had more than doubled, making African Americans seven times as likely as whites to do jail time.

Petition from Howard University students in Washington, District of Columbia, to the Governor of the State of Alabama in Montgomery, Alabama. Petition from Nancy Cunard and well known London and Paris-based artists and intellectuals in London, England, to Governor Miller of Alabama. 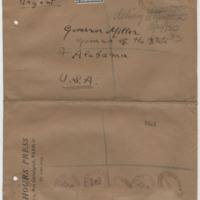 This petition, organized by Nancy Cunard of Hours Press, represents London and Paris-based artists, intellectuals, and thinkers. It demands "impartial…

Petition from International Labor Defense in Seattle, Washington, to Governor B. Miller in Montgomery, Alabama. 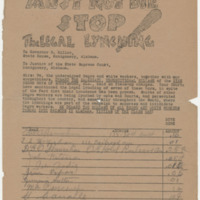 This petition from International Labor Defense in Seattle, Washington, demands the immediate release of the nine Scottsboro Boys with signatures,…