Signed by "Dr. George G. Mehlen" and representing 1,161 members, this letter from the Negro Businessmen's League (NBL) of Corona, New York, protests the 1933 verdicts from Judge Callahan's court and declares the Scottsboro defendants' innocence. It claims the NBL is raising funds to protect them from the Alabama courts and government. The letter ends: "We are also trying to organize to the extent to lynch one of you whenever a Negro is lynched as you have lynched us for over 250 years."

Governor Miller
I'm writing as the Pres.
of the Negro Business men's
Legue, we protest the
savage lynch verdict of
Heyword Patterson handed
down by your servant
Judge Callahan, Or as you
ordered this to be done to all
members of the Black Race
That gov have judiscution on
me as 1161 member order you
to cast your voice in behalf
of these Innocent Victims of their awful frame up.
We are sponsering funds

and protection to organizer
through out the South for the
sole purpose of reaching out
and snatching these victims
from gov who feed your children
from the blood of the Black men
and weoman.
we are also organizing
to the extent to lynch one of you
when ever a negro is lynched as you have lynched us for
over 250 (two hundred + fifty
years. 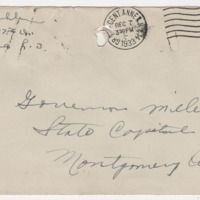 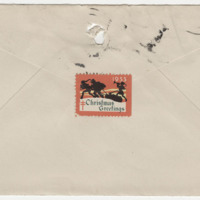